Perhaps it was immediately obvious which body group you fell into. But if it was not, think about how you react to food and exercise.

METABOLISM – Do you gain weight quickly if you eat the wrong foods or after going on a lazy holiday? If you lose this weight rapidly after a change in diet or some exercise, you are probably a mesomorph. If you struggle to lose these extra pounds, then you exhibit endomorphic features. If you do not put on any weight, you most likely are an ectomorph.

THINK BACK – To help determine your body type, think back to your adolescence, a time before age (metabolism slows as you get older, making you more prone to weight gain) and lifestyle transformed your body into what it is today.

PICTURES – Look at some images of the various body types here and see if you identify with any of the body types.

ONE LAST THING … Everyone has the potential to develop a great shape – regardless of his or her dominant body type. Losing inches, especially off your problem areas, can be accomplished through proper exercise and eating habits. If you are a large-framed person, though you will never be willowy, you can be slender and fit, wear a size 8 with room to spare and look super sexy in a bikini. 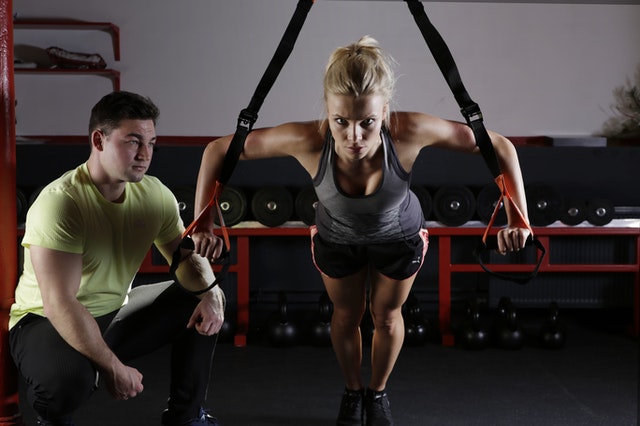 However, it is futile for a person with strong mesomorph or endomorph characteristics to aim to be willowy like an ectomorph, this will only lead to disappointment and ill health. Even if this target thinness were reached, it probably would not look good, could be difficult in the extreme to maintain and would continue to have adverse effects on the body.

Do the right cardiovascular exercise for your body type to improve your body and get the results you want? Also, ectomorph workouts, mesomorph and endomorphs need to train differently when it comes to resistance training.

Click on the body types below to see more

Typically, an ectomorph will have a small build and a linear physique which can be described as resembling a rectangle. Their frame is ‘delicate’ and they have little fat or muscle. 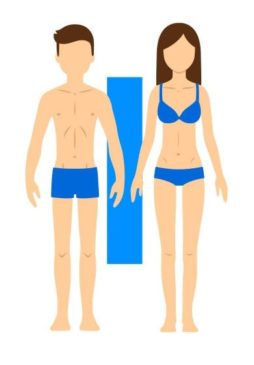 Key features of an ectomorph:

Ectomorphs are often referred to as your ‘hard gainers’, this group of people struggle to gain muscle and have a fast metabolism, meaning they are less likely to gain fat as well. These are the people who seem to eat and eat and never gain any weight. Ectomorphs’ fast metabolism also requires a higher carbohydrate intake than other body types, as they burn energy quickly.

Endurance sports and events are where the ectomorph will dominate as this body type is better at thermoregulation. Typically, their body type means they make the perfect runner: light and agile. If you are an ectomorph but running is not for you, the ectomorph’s light frame is also well suited to other aerobic activities such as gymnastics due to their lower body weight.

The ectomorph is easy to distinguish – he is often below the average weight for their height and with a skinny appearance. Ectomorph tends to have a high metabolism and is complaining of relentless eating with no weight gain.

Ectomorph can easily lose fat but also can hardly gain muscle. The very special diet is needed to maintain or to gain weight.

Mesomorphs are thought to have the body most aspire for. They typically have a medium-sized frame and boast a high percentage of natural lean muscle. Male mesomorphs are often described as having a ‘V’ shape; broad shoulders which taper into a small, lean waist. 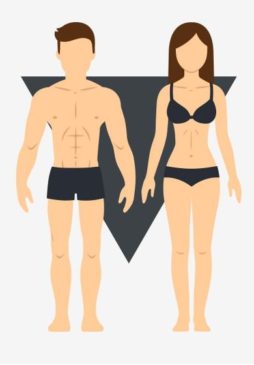 Key features of a mesomorph:

Mesomorphs are generally regarded as your ‘athletic’ body type. These people find it easy to gain muscle and burn fat. Mesomorphs can afford a moderate level of carbohydrates to fuel their training and should keep their protein intake high to maintain lean muscle mass.
Their proportionate and muscular physique enables them to gain strength easily and makes them perfect athletes for sports which require strength and power such as weightlifting, bodybuilding, or triathlon.
The best type of training for the mesomorph is interval training as it stimulates the body and keeps you on your toes. Short, sharp bursts of high-intensity activity will work best to keep the mesomorph’s lean physique looking good.

The mesomorph is someone between the ectomorph and the endomorph and as such, displays qualities from both. He seems to put on muscle just by looking at weights, and he is maintaining a lean physique despite a high calories amount.  He has a larger bone structure then the endomorph does, but a low body fat percentage as the ectomorph one. The perfect body type that everybody wants to have.

ENDOMORPH:
Endomorphs have the greatest tendency towards ‘roundness’. These are the people often described as ‘big boned’. The ‘easy gainers’, mesomorphs gain and hold weight easily. 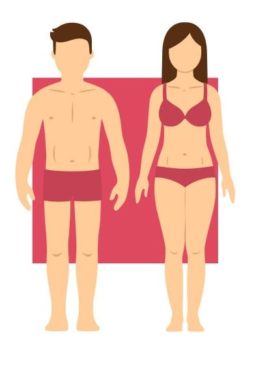 Key features of an endomorph:

Endomorphs have the hardest job when it comes to maintaining low body fat and good fitness. Their slower metabolism means they gain fat easily but find it hard to shift. Endomorphs need to watch their carbohydrate intake and ensure they expend the calories they eat.
Endomorphs are best suited for strength and power sports such as powerlifting, strongman, and sumo wrestling. Their large size, short limbs, and easy ability to pack on muscle will give them an advantage in these types of activities. They will struggle with endurance sports like running due to their heavier weight and denser bones.
It’s important for endomorphs to maintain cardio training to keep a lower level of body fat. Endomorphs who are happy to pack on size will enjoy lifting heavy weights with a low rep range, 4-6. They will enjoy typical powerlifting and strongman moves such as deadlifts, squats, and farmer’s walks. If you think you are an endomorph but want to slim down, you will see the best results by doing high intensity interval training and eating a low carb, high fat diet.

The endomorph body type is the complete opposite of an ectomorph. He is larger in appearance, owning a heavier fat accumulation and little muscle definition. It is hard for him to drop the fat, even using several hard diets, workout programs and lot of cardio, but putting on muscle tissue is a game.

Follow us on social media to keep motivated and focused on your lifestyle and goals!